SINGAPORE (EDGEPROP) – During the “circuit breaker” period, eight units were sold at the Martin Modern luxury condo development by GuocoLand. This brings the total tally of units sold to 401 out of 450 units in the twin 30-storey development, which translates to a take-up rate of 89%.

One of the purchases made just before the start of the circuit breaker was by a South Korean national. She purchased a 764 sq ft, two-bedroom unit on the seventh floor for $1.983 million ($2,595 psf), based a caveat lodged on April 5 with URA Realis. As her office is at Suntec City, being close to her workplace was one of her major considerations. What also appealed to her were landscaping, the reputation of the developer, and the location, she adds. Although she currently lives in District 9, she prefers Martin Modern’s location at Martin Place, due to its proximity to Robertson Quay.

“It’s the lifestyle offerings that appeal to the expatriates, including the Koreans — the bars, eateries and clubs along the whole stretch of Robertson Quay,” says Dominic Lee, head of the luxury team at PropNex, whose team has handled about half the sales at Martin Modern. “Among the new project launches in District 9, Martin Modern is the closest to all the action.”

Besides Robertson Quay, the proximity to their workplace in the CBD and the Orchard Road shopping belt is another attraction, he adds.

The purchase brings the number of Korean nationals who have bought units at Martin Modern to 10. That is not a blip. If anything, it signifies the rise of Korean buyers in Singapore’s property landscape, says Dora Chng, general manager of residential at GuocoLand. The majority of the buyers are in their mid- to late-30s or early-40s, and have lived and worked in Singapore for a number of years, she observes. About half of them are permanent residents (PRs) in Singapore, she adds. The twin, 30-storey towers of Martin Modern contains 450 units and one of its attractions is the landscaping throughout the development (Picture: GuocoLand)

Among foreign buyers at Martin Modern, the Chinese still dominate, with the Indonesians and Malaysians tied in second place. However, Koreans make up the next tier of foreign buyers, along with those from Hong Kong and the US. Chng calls this group of Korean buyers “the second wave”.

Korean-turned-Singapore citizen, Jun Kang, Grow Group division director of ERA Realty, can attest to that. Having moved to Singapore in 2003 as an executive with American firm AT&T, he decided to become a realtor in 2007 when he joined ERA and now handles the Korean market. Jun is also familiar with Martin Modern, having brokered the sale of a two-bedroom-plus-study unit at the project in October 2017, while his associate sold a four-bedroom unit in December 2018. Both units were purchased by Koreans.

There is definitely a Korean community in District 9, says Jun. “These are the affluent who like the prime location, the accessibility to high-end amenities, and the opportunity to socialise with other expatriates in their neighbourhood,” notes Jun. “Large-scale projects like Martin Modern appeal to this group of Koreans because they are similar to the high-end properties in upmarket areas like the Gangnam district in Seoul.” What’s more, they like the proximity to Robertson Quay and the Singapore River. “In Korea, they view projects facing the Han River as being more premium,” says Jun. “That’s why they like Martin Modern, because it’s so near the riverfront.”

Within the Core Central Region (CCR), prime District 9 has emerged as the most popular district among Korean buyers, according to GuocoLand, based on analysis of URA data. Between July 2017 and April 2020, there were 30 transactions in District 9 by Korean buyers. District 10 has the second highest number of transactions over the same period, at 24. Hence, there is a preference among Koreans for projects in the CCR. Within the Core Central Region (CCR), prime District 9 has emerged as the most popular district among Korean buyers, according to GuocoLand, based on analysis of URA data (Photo: Samuel Isaac Chua/EdgeProp Singapore)

Based on Jun’s observation, Korean property buyers are more concerned about buying in a good location, rather than the tenure of a property. In the past, the interest was in resale properties, but nowadays, they are open to buying new projects off-plan, he adds.

The previous generation or “first wave” of Korean expatriates tend to live in the Bukit Timah, Upper Bukit Timah and Hillview areas. This is because many of the developments in the area were constructed by Korean engineering & construction firms such as Daewoo, Hyundai and Ssangyong, notes Jun. This first wave of Korean expatriates who came to Singapore tended to come with their families and were more focused on living near the Singapore Korean International School and in a neighbourhood near amenities so it is convenient for their spouses, he adds.

The wave of buying by Korean nationals 14 years ago was drawn by the ease of entry and ability to get a mortgage, says Jun. For example, the loan-to-value (LTV) ratio then was 90%, he points out. However, since July 2018 when the latest cooling measures were announced, the LTV for the first property has been lowered to 75%. 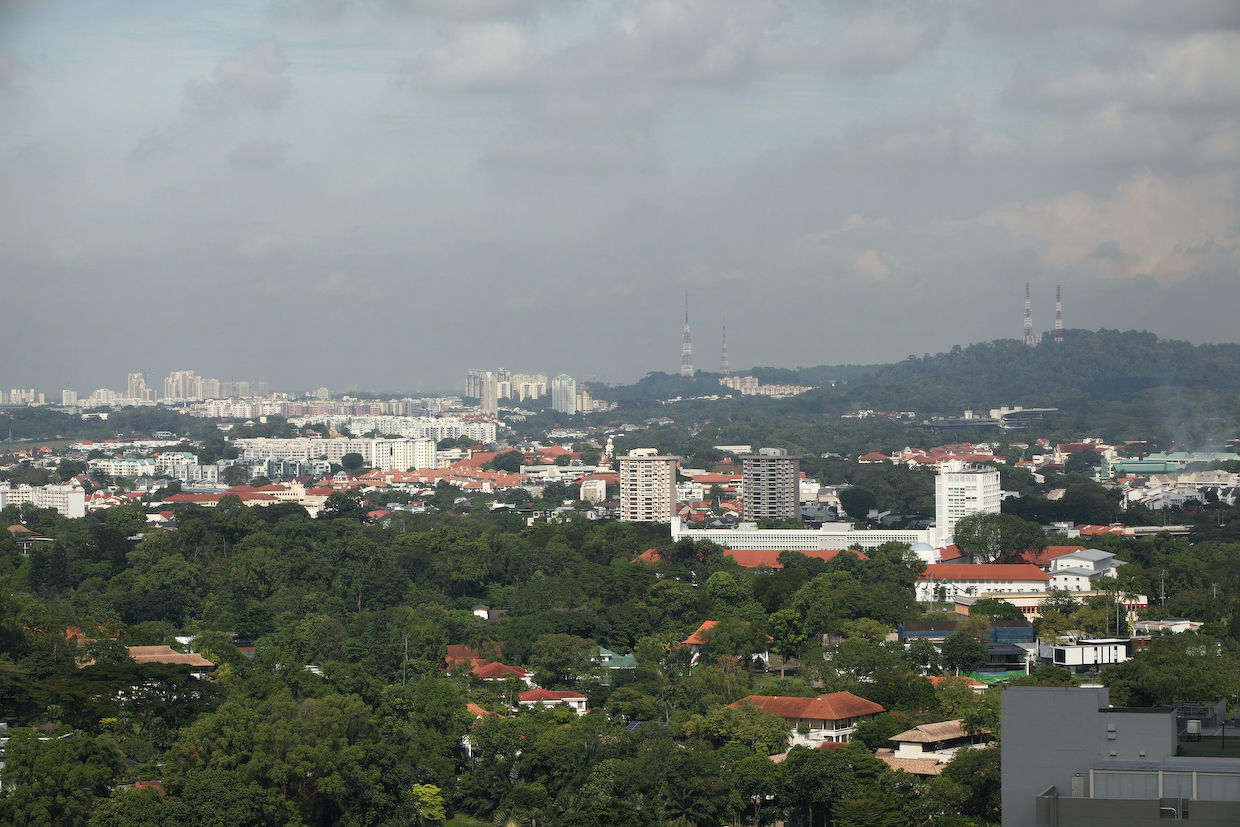 It was also over a decade ago that the Korean government relaxed their policy on foreign property investment. The number of Koreans purchasing real estate in Singapore jumped 132% from 2005 to 2006, according to URA data.

Two distinct groups of Korean buyers have since emerged, according to Jun. The first group are investors who are focused on prime and CBD locations, and prefer two- to three-bedroom units. The second group are those who are already living in Singapore, and want to buy for their own use. The second group are more willing to look further afield, in the city fringe or Rest of Central Region (RCR), and the suburbs or Outside Central Region (OCR). They also prefer unit sizes of 1,500 to 2,000 sq ft, says Jun.

Besides the River Valley area, other prime districts that are popular with Koreans include the Novena area — because of its proximity to tuition centres and shopping malls — as well as the Farrer Road-Holland Road area, especially at the 1,715-unit d’Leedon, says Jun. However, the biggest Korean community remains in the Bukit Timah area. “It’s where the Korean Church and the Korean International School are located,” points out Jun. 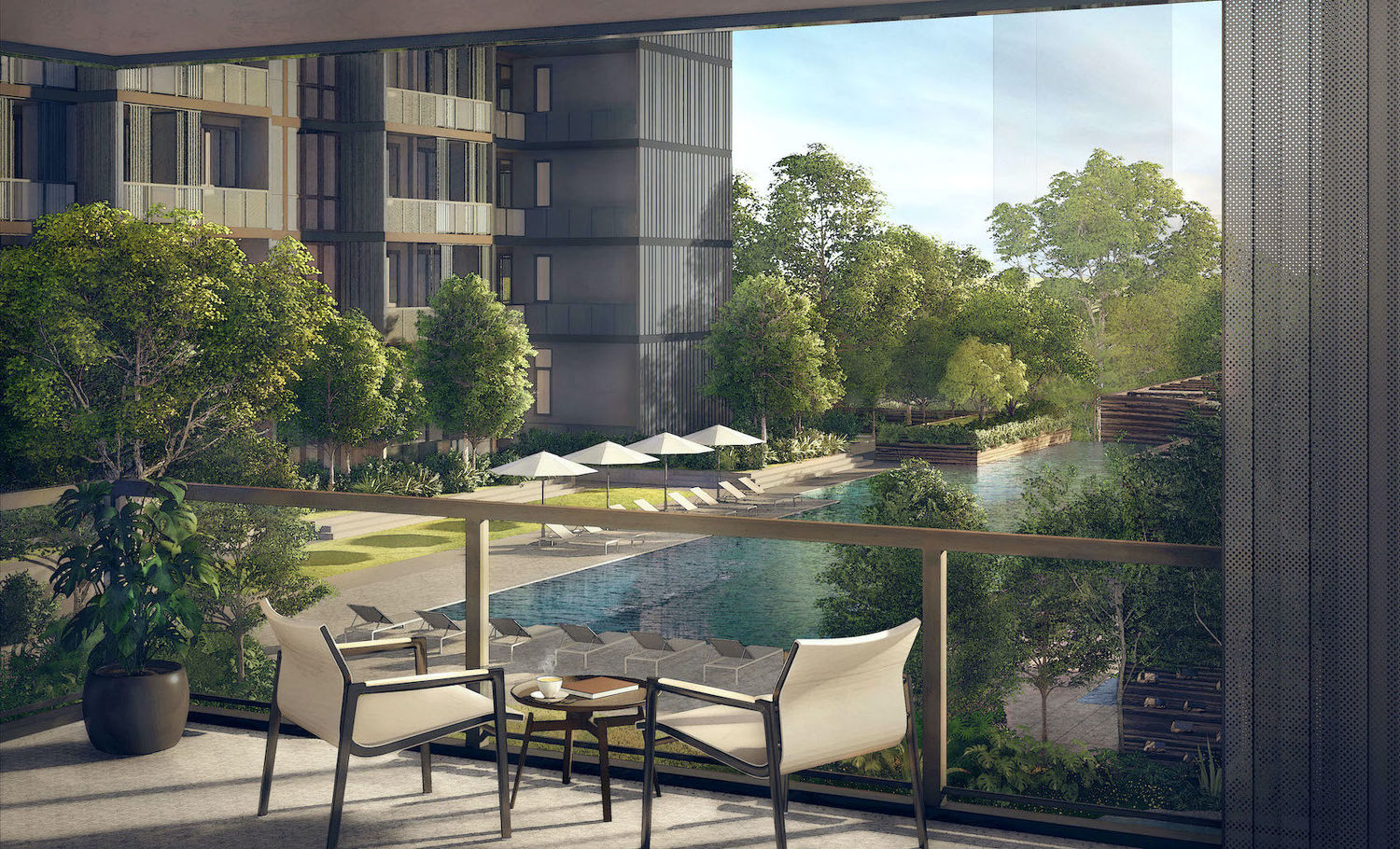 The scale of the development, with full condominium facilities from lap pools to rooftop gardens, dining pavilions and gym, as well as the landscaping, are some of the winning aspects of Martin Modern (Picture: GuocoLand)

Since 2017, Korean buyers have ranked among the top 10 foreign buyers of non-landed homes in Singapore (based on new sales, resale and sub-sales, excluding en bloc sales), according to GuocoLand’s findings based on URA data. In 1Q2019, they were in sixth position among foreign buyers here.

According to GuocoLand’s Chng, Martin Modern’s architecture by Yip Yuen Hong of ipli Architects, in collaboration with ADDP Architects, has also proven to be attractive to Korean buyers. The scale of the development, with full condominium facilities from lap pools to rooftop gardens, dining pavilions and gym, as well as the landscaping, have been some of the project’s winning aspects, she adds.

PropNex’s Lee reckons investors will be able to rent out their units easily given the desirability of the location. He points to 8 St Thomas, a project located off River Valley Road and completed in 2018. Units there were recently leased out at $8 psf per month, he says.