Developers sold 650 new residential units (excluding executive condos or ECs) in December 2021 – a decline of 58% from the 1,547 units sold in November.

Consultants say the lower sales volume was expected as Singapore’s most recent cooling measures took effect in the month, on top of fewer project launches in the last month of the year.

With effect from Dec 16, the additional buyer’s stamp duty (ABSD) has been raised, and the total debt servicing ratio (TDSR) threshold has been tightened. The loan-to-value (LTV) limit for loans from HDB is reduced from 90% to 85%.

However, December’s new home sales may not reflect the full impact of the cooling measures on the property market, as “a number of deals were closed before the property curbs kicked in on Dec 16”, observes Christine Sun, senior vice president of research & analytics, OrangeTee & Tie.

“Based on URA realis caveat data, about 60% of the sale transactions of new homes (including EC) were closed in the first half of the month, while 289 units were sold in the second half,” she adds. 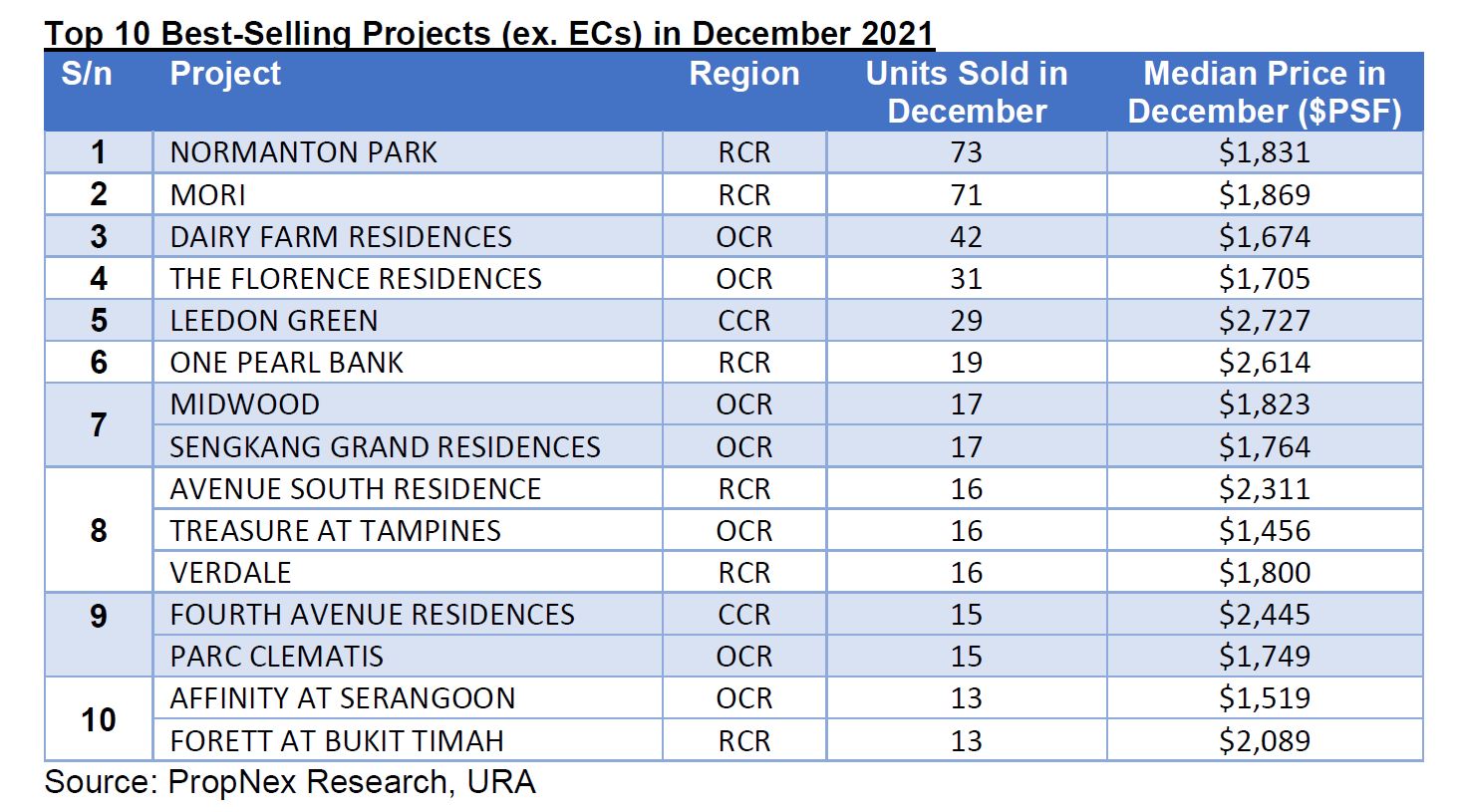 Leonard Tay, head of research at Knight Frank Singapore, says: “As with past announcements of government measures to temper demand in the private home market, there would be the inevitable pause as buyers, sellers, developers and investors alike take stock of the new parameters and their effects on demand and price.”

However, consultants believe the new cooling measures are unlikely to deter new homeowners, or households holding only one property at any one time.

“Owner-occupiers looking to upgrade and right-size are generally unaffected by the ABSD revisions and will constitute the majority of buyers in 2022,” says Tay.

“Therefore, for new families acquiring their first home, as well as families who upgrade from one home to the next – essentially households which own only one property at any one time, which have been the key buyer profile in the past 18 months – the new ABSD rates would have a muted impact,” he adds.

“The increased ABSD rates will affect home buyers purchasing second and subsequent properties for investment purposes and for recurring rental income much more severely than those buying their sole home for owner-occupation. These buyers will likely adopt a wait-and-see approach in the months ahead, with the expectation that prices will drop,” he says. 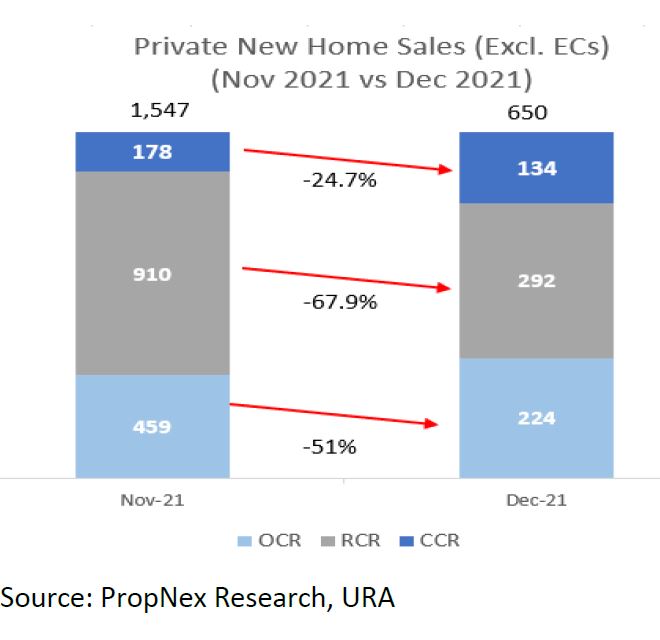 The projects that were newly launched in the month included Mori, Perfect Ten and Zyanya.

The best-selling project in December was Normanton Park, in the RCR, which sold 73 units at a median price of $1,831 psf.

“We expect the pull-back in sales to be temporary. Based on past records, a moderate number of new homes was sold for about seven months after property cooling measures were imposed in July 2018, when ABSD rates were raised and LTV was tightened,” says OrangeTee & Tie’s Sun.
“During that period, the monthly average sales were 680 new homes excluding ECs from July 2018 to February 2019, lower than the 964 monthly average transactions in 2017. Demand subsequently started recovering, and the monthly average sales were around 995 units from March 2019 to November 2021,” Sun continues.
OrangeTee & Tie expects 8,000 to 9,000 new homes could be sold for the whole of 2022, taking into account the cooling measures and fewer project launches this year.